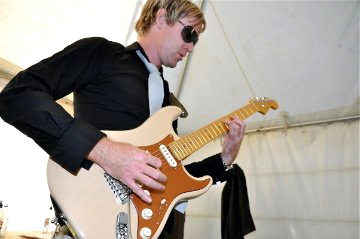 Stephen has been playing the guitar for over 20 years. In that time he has toured extensively throughout Asia and the Middle-East performing at 5 star hotels and several USO shows for the US Navy.

In recent years, as a member of the NZ rock/roots band dDub, Stephen has performed at many of the major summer festivals, Auckland Christmas in the Park, headlined with NZ's most loved bands/performers, recorded albums and released singles/videos for the NZ pop charts and radio.

With more than 10 years of teaching experience, Stephen's talents offer development in a huge variety of musical skills/styles to his students.

Check Out Our New dDub Video!

Stephen teaches at these venues: