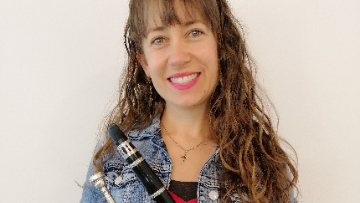 Joanne has been teaching music in various capacities for over 15 years. She has taught classroom music to students in both primary and secondary school, has lead several bands and choirs and has taught instrumental lessons with Musiqhub for 11 years. She loves to see her students grow a passion for music and realise that they can achieve their musical goals.

Alongside teaching, Joanne is also engaged in her own musical endeavours, actively gigging around Auckland and throughout New Zealand. The last twelve months have also seen her record an EP with Palmerston North based producer Tony Aspden and release three new singles. Check out her upcoming gigs at www.facebook.com/joanneslagel/events

Of further “note”, Joanne has written three musicals with her husband Marcus Slagel, all of which are Christmas themed. The first two were performed at City Impact Church Auckland before an audience of 3000-4000 people in 2013 and 2015. The third premiered in both Queenstown and Invercargill in December 2018.

One of Joanne’s latest musical interests has been creating hilarious parody videos which you can check out on her YouTube channel www.youtube.com/user/funkimuso

Sorry, no blog posts have been made yet.

Joanne teaches at these venues: