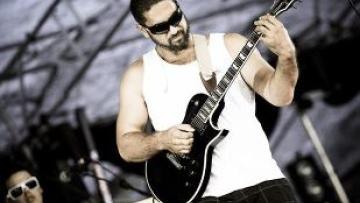 Les is a 33-year-old band mentor, guitar, bass and drum tutor. He has a bachelor of music majoring in Jazz and has been playing guitar for 20 years. He has tutored privately, and in schools in the Auckland region for the past 10 years and has played as a professional musician throughout NZ and Australia for the past 15 years.

Les also does voluntary work around Auckland including band/music programmes in lower decile schools and he runs another music programme that is focused on helping the homeless and marginalised communities. He was also in the originals band Soljah who has toured NZ a number of times sharing the stage with other NZ bands and performers such as Katchafire, Kora, 3 Houses down, Dane Rumble, Tiki Tane, six60 and Hollie Smith, just to name a few. He currently play's in a well established corporate covers band called The Dozen that plays throughout NZ.

Here's another one of my bands vids

Les teaches at these venues: